Our Song: An Animated Short 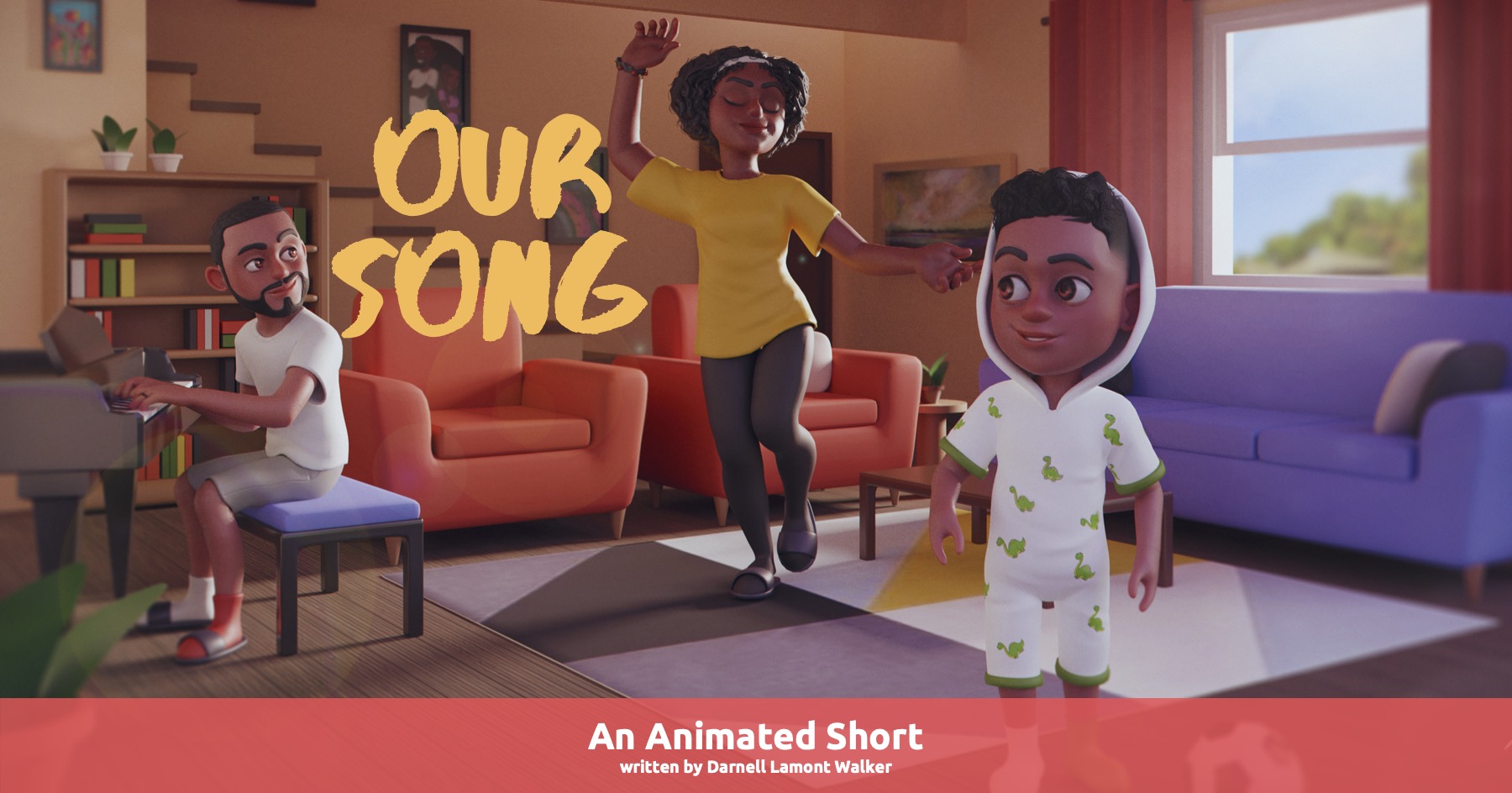 Darnell, what is this?

I’ve relied on crowdfunding for my last three projects (Seeking Asylum, Outside the House, and Set Yourself on Fire) and thanks you incredible folks, I’ve been able to not only produce the projects, but have them screened around the world, successfully achieving their mission: to save lives.

After witnessing Matthew Cherry and his team find incredible success with their crowdfunding campaign for the Academy Award-winning Hair Love, I knew this was the best way to go to find YOU. You are the people who trust me to complete this project, the people fighting to see original and important content, the people who know the good this will bring to the lives of so many!

“Our Song” is the story of BOY, a beautiful kid with a soul that lights up a room. He has ectrodactyly, a condition that involves the deficiency or absence of one or more central digits of the hand or foot.

His parents’ never-ending romance has been set to a beautiful song composed by FATHER. It’s so much a part of their life together, MOTHER even goes into labor while Father is playing it for her at the piano as she dances. Concerned about the limits he feels comes with Boy’s physical disability, Father becomes overly protective of his son, including steering him clear of the piano Boy so passionately wants to play – just like the man he loves so much. But each time Boy approaches the piano to play THE SONG, father closes it and sends him away, afraid it’ll make boy realize his limits as well.

Night after night, after being sent to bed, Boy quietly tiptoes and sits in the shadow at the top of the stairs just outside his room, staring down at Father softly playing “Our Song,” wishing for just a moment at the piano – a moment to live out his dream. Sitting at the top of the stairs one night, watching, mimicking, Boy watches as Father falls ill at the piano, watches as Mother rushes to him, watches as the men in white come to carry him away.

Things are different when they return home, Mother pushing Father through the door in a wheelchair. The sight of the piano causes his head to drop. There will be no music in this house today, it seems. Boy, makes space for mother to wheel father to the couch where he can rest, then he walks to the piano with Father attempting to stop him, but is too weak to do so. Boy sits, adjusts his back as he’s seen Father do over and over, and he plays the most beautiful rendition of “Our Song” to his audience of two weeping parents.

Okay, how much do you REEEEAAALLY need?

Whew! I hate hate hate talking about money, but here we are. Animation is expensive. To create the project and to make it look the way I fully imagine, every penny of this $75K ask is needed. If this campaign brings in more than the ask, the quality of this film will increase that much more.

WHERE THE MONEY WILL GO:

I can’t give financially, but I wanna help. What can I do?

But Darnell, why are you telling this story?

Because REPRESENTATION MATTERS! Coming from Charlottesville, Virginia and watching plenty of television growing up, it was rare to see anyone who beared any resemblance to me doing any of the things I wanted to do. It wasn’t until I was 16 that I met a Black writer, educator, artist, renaissance human, and I finally saw the infinite possibilities before me. I’m telling this story because I know what it means to finally see yourself.

I’m writing this film because years ago, an incredible friend gave birth to one of the most amazing kids I’ve been fortunate to watch grow and laugh and love and because of his differences, I know so many will try to put limits on his abilities. This film is for him and all other kids who need to see themselves and know what the rest of us who love them know: there is nothing they can’t do.

In 2014, I wrote my first children’s book, The Most Beautiful Thing in the World. It’s the story of a boy who dreams of being a pilot and seeing the world, but sadly discovers he’ll one day lose his sight completely. His mother creates the trip of a lifetime, to show him all the beautiful things in the world while he can still see them. I’ve been contacted by countless grown-ups with dreamful little people who tell me how much the book means to them and how it’s helped the little people bloom!

Adapting this book into an 11-page script is what got me into the Sesame Street Writer’s Room Fellowship, where I learned to write for and about children on a larger scale – TV, film, and podcasts! I’ve found incredible, sometimes unbelievable opportunities to remain in this space.

Currently, I’m with 9 Story Media Group where I’m able to write fantastic children’s content (Blue’s Clues & You; Karma’s World) with amazing people who understand just how important this work is! With the brilliant Two Whats?! And a Wow! team at Tinkercast, I’ve been able to “tell stories about incredibly cool things happening in the world right now. Stories that inspire families to use their imagination and follow their curiosity. Stories that invite families to lean in and say ‘Wow!'”

Thank You For Everything!